"The coaches are invested in helping you reach your goals." 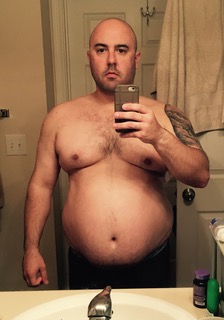 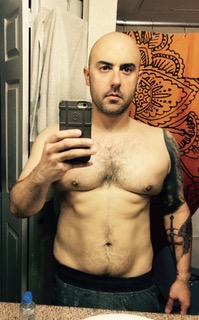 I began my Crossfit journey back around 2010 when a co-worker introduced me to Bayou City CrossFit. My regular ol’ gym routine and forcing myself to do cardio was no longer cutting it and I was bored out of my mind. Based on what I had heard from my friend, I thought I had found what I had been looking for in CrossFit. I was right, I became hooked. I went from once a week to 4 or 5 times a week and could run faster, further, and lift more weight when I was 31 than I
could at 21.
However, in 2013 I was involved in a rear end collision and suffered a few partially herniated disks in my back. No big deal I thought, I’ll go to the chiropractor and after a few weeks I’ll be right back competing in class. Except that’s not how it went. I went from “a few weeks rest” to becoming a full-fledged couch potato. One day I looked down and had gained 55 lbs. and it’d been over two years since I had got into a gym of any kind. That was it. I wasn’t happy. I wasn’t happy when I looked in the mirror, my blood pressure was out of control, and my sleep was terrible.

I’m not sure there was one exact thing that finally motivated me to return in May 2016, I returned to BCCF. I was welcomed back with open arms by Vic, Katie,
and the rest of the staff and members. The coaches knew when to scale the WOD down for me and when to push me. They knew what movements I could do and which ones to modify until I could do them. They know how to properly motivate without coming across as task masters.

The coaches and staff at Bayou City are committed to helping you become the best version of yourself that you can be. It’s not just about working out, they help with my diet and recovery as well. On top of that, BCCF fosters a great sense of community and often helps fundraising events for its members and local charities and events. BCCF has been around since 2008 and it’seasy to see why they’re one of the oldest and well respected boxes in the Houston area and I’m proud to be a member.

Get your free Health Consult !